Seeing as today is International Women’s Day I thought I would celebrate that fact by giving away the  two stories which feature the first two ladies of Unseen Shadows,  Stephanie Connisbee and ex navy pilot and Kathryn Monroe, a special investigator for the United Nations.

So for one day only I have dropped the price to a big fat zero for the digital comics Operation Solomon which stars Steph and Historia which stars Kathryn. You can pick up these for free from the the links below.

I’m also dedicating this post to my mum Icilda Nugent who was the greatest woman I ever knew and whose strength, courage and compassion can be seenin both Steph and Kathryn. It was mum who pushed me to write my first stories and taught me to never stop dreaming, never stop reaching for what I wanted. I think wherever she is now she would have liked Steph and Kathryn…hmm maybe not Steph I think she swears a little too much for mum!

Anyway Happy International Women’s Day and I hope you enjoy the stories! 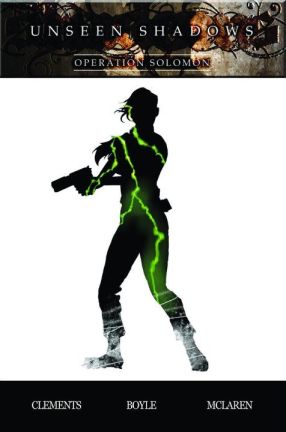 A teacher at an exclusive school for the children of United Nations delegates is found brutally tortured and murdered. The Tactical, Operational Response and Control Headquarters (TORCH) sends in one of their best agents, Kathryn Monroe, to investigate.