As we have a lot of different stories within Unseen Shadows we thought it might be useful to have a one stop listing for them all. We hope the list will provide some guidance as to where the stories fit into the Unseen Shadows Universe. Of course we have tried to make the stories stand alone but if you want to enjoy them as on overarching experience then this reading list can get help with that here.

1. The Lament of Lady Mary (Comic)

A story focused on Sir Oliver’s Cademus‘ mother Mary and her feelings towards the changes in her son after his return from the crusades.

A Victoria Sullivan origin story adventure set before the events of Fallen Heroes. 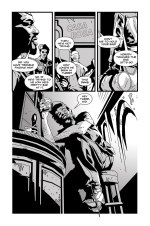 A Nathan Ash story which sees the Icarus adventurer in his prime, clashing with his student Napoleon Stone one last time. 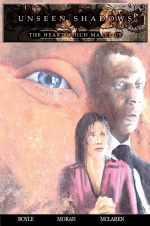 5.  The Heart Which Makes Us (Graphic Novel)

Kathryn Monroe, agent of TORCH, is resourceful, intelligent and has a deductive mind that is second to none. She is also bored…very,very bored.

When a child is abducted Kathryn’s obsession with the case threatens to destroy her and everything she holds dear. 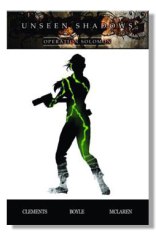 This title is centered on former naval officer Steph Connisbee who in Fallen Heroes is the muscle and partner in crime to master criminal, Ben Ashodi aka the Hand. Operation Solomon tells the story of Steph’s last naval mission.

A Napoleon Stone Adventure which delves into the past of everyone’s fave Demon Stalker. 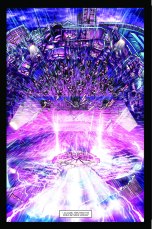 A Reverend and Steph Connisbee adventure set before the events of Fallen Heroes.

9. Whatever the Cost (Comic Coming Soon) 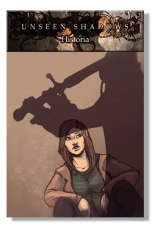 TORCH Agent Kathryn Monroe is called in to investigate a brutal murder at an elite school with ties to the United Nations.

11. Napoleon Stone and the Fragments of Fate (Comic).

Mythical artefacts tied to an ancient legend. A demonic cult obsessed with determining destiny.
Professor Napoleon Stone’s latest research project is about to take him on a dark and perilous journey into the unknown. Beaten, broken, terrorised and tortured. It’s time to discover what’s worse, being haunted by your past? Or being tormented by your future?

The Reverend aka Jonathan Bishop is a vigilante whose main prey in Fallen Heroes are drug lords, however as the story progresses he gets involved in a much larger plot when he is called in by Steph. Although the origin of how Bishop became his deadly alter ego are explained in the book Wrath of God explores this in much greater detail, even going back to Jonathan’s childhood to provide further insight.

The Knights of Cademus are a century’s old order. The elite warriors of the Book of Cademus, their belief in their cause, their brothers and their Lord drives them. How is such an order of human weapons forged?

14. Napoleon Stone and the Army of Set (A choose your own adventure gamebook)

In the novel we first meet mercenary Clancy Wallencheck in Japan where he is there working on behalf of the some very bad people. This comic shows Clancy making one last stop before setting off to Japan. The tale is told in flashback and charts the history of Clancy Wallencheck and his team Blacklight before they took up the life of guns for hire.

Stealth, skills and style – the life of Ben Ashodi, AKA The Hand, is one hell of a ride. A talented escape artist and professional thief for hire, The Hand teeters on a precarious high wire, balanced between a career of criminality and a strong sense of morals.

Although when responsibility over his past actions catch up with him, it soon becomes clear there are some things even this master escapologist cannot get away from…

As the novel features several of the characters from the previous comics think of this as the Avengers Assemble of the Unseen Shadows Universe.

Fallen Heroes is a modern day pulp adventure about a group of heroes and anti-heroes who much join forces to prevent the culmination of nine centuries of planning by the Book of Cademus to resurrect its leader, Sir Oliver Cademus.

Bob Kelsey is a reporter on the run from the Book of Cademus, who he made the mistake of falling foul of. Unable to keep his reporter’s nose for a story out of other people’s business he now runs an underground blog investigating the weird, the strange and the downright surreal. These are his cases told as a web comic.

This is a four part audio adventure that is set after the events of Fallen Heroes.  The story also features Victoria Sullivan a character who was introduced in Fight or Flight.

‘When a woman tells you she woke up in a bathtub full of blood and ice with stitches in her belly that she can’t explain, you’ll know it’s the Truth because nothing else smells or feels or hurts that bad…’ – Bob Kelsey

When a crashed World War II plane is discovered in the Antarctic a United Nations covert unit, led by Major Stephanie Connisbee, is sent to investigate. Unbeknownst to Steph another team, headed up by ruthless adventuress, Victoria Sullivan has also been dispatched to the crash site.

Beneath the snow and ice Steph and Victoria discover a relic of mass destruction that should have stayed buried.

Three years, after their defeat at Cademus Castle, The Cabal, the leaders of the Book of Cademus, have returned.

The Icarus Foundation, unaware of the danger, has become locked in a political power struggle. The United Nations, now fully aware of the Foundation’s clandestine activities, believes Icarus are too dangerous to be left unchecked.

With Icarus’ focus turned elsewhere the burden falls on a few scarred survivors to stand against the Book of Cademus once more, if they can…

To use the continuing Avengers Assemble analogy (yes I do love the MCU) this is the follow up to Fallen Heroes. Once again our characters come together in a novel. It also pulls on some of loose threads woven from the previous comics.