While you wait for us here at Unseen Shadows to announce the completion of the Tales of the Forgotten anthology we thought we would reward your patience with a look at the cover and a five page preview for the Historia story which is part of the anthology.

END_OF_DOCUMENT_TOKEN_TO_BE_REPLACED

As the various creative teams work their hearts on the second Unseen Shadows Anthology I thought it would be as good a time as any to show off the brilliant cover as drawn by Peter Mason along with some story blurbs.

END_OF_DOCUMENT_TOKEN_TO_BE_REPLACED

I thought it would be a nice way to start the week with a look at one of Alex Moore’s full colour pages of the Kathryn Monroe tale Historia.

The comic, written by Richmond Clements  will be one of the stories in the second Unseen Shadows anthology Tales of the Forgotten out this November.

Don’t worry there aren’t any spoliers in the art. 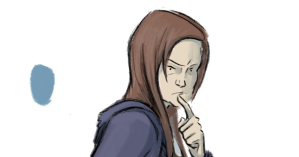 Just because  things have been a little quiet on the website don’t take this as a sign that things haven’t been going on behind the scenes.  We have some exciting announcements coming for you over the next few weeks and months here at Unseen Shadows so watch this space.

Today’s news is that the script for Historia is all but finished and we now have an artist who is already at work on the project alongside writer Richmond Clements and letterer Paul Mclaren. The pair have already worked together on the brilliant Turning Tiger  and I’m looking forward to seeing what they can do with this project.

Historia is one of the titles that will be found in the second Unseen Shadows anthology ‘ Tales of the Forgotten’ which will be released at this years Thought Bubble Comic Festival.

The story centered around Dr Kathryn Monroe, an agent of TORCH who is called in to investigate a gruesome murder at an elite boarding school. A full synopsis is on the way but for now here are a few early Kathryn Sketches from Alex…enjoy!