As the various creative teams work their hearts on the second Unseen Shadows Anthology I thought it would be as good a time as any to show off the brilliant cover as drawn by Peter Mason along with some story blurbs.

Tales of the Forgotten

When truth must be stolen from the mouths of the wicked, it falls beyond the reach of mere heroes.

Liars, loners, losers – trapped on the outskirts of a war fought in silence and shadow. Drawn into darkness, they flee it, they study it, they make it their home.

They are the Forgotten – a flickering circle of torchlight in an expanding world of Unseen Shadows. 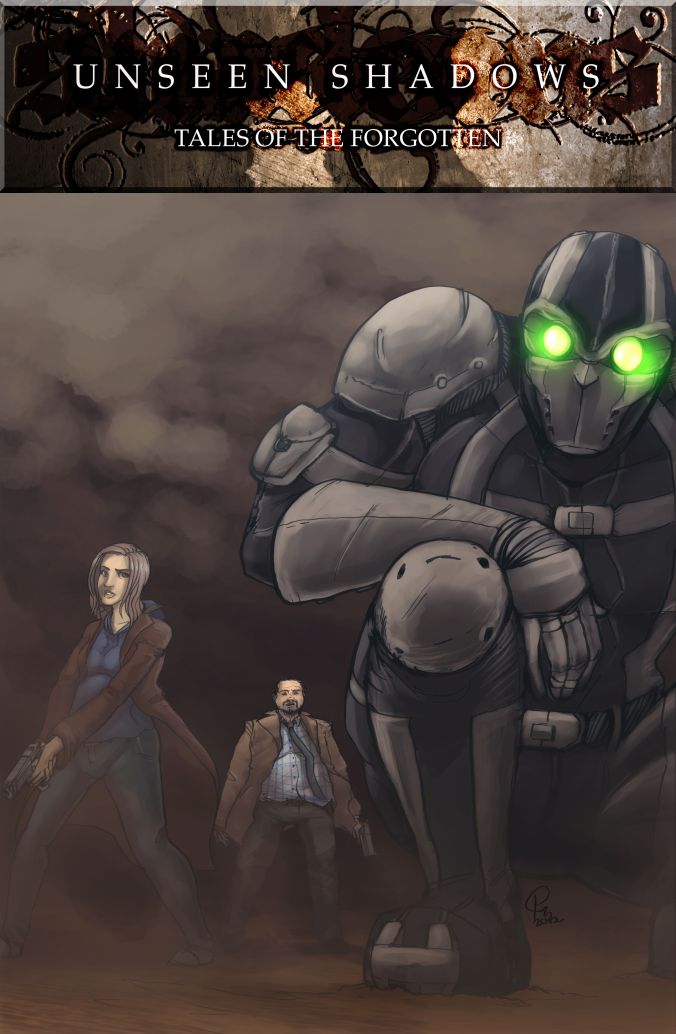 Featured in Tales of the Forgotten will be three main stories and one short story from some of the brightest and best indie talent around. Check out the credits below and I’m sure some of the names will be familiar if you’re a fan of the indie scene. Hopefully we’ll be able to confirm a launch date for the anthology within the next few weeks but for now enjoy!

Stealth, skills and style – the life of Ben Ashodi, AKA The Hand, is one hell of a ride. A talented escape artist and professional thief for hire, The Hand teeters on a precarious high wire, balanced between a career of criminality and a strong sense of morals.

Although when responsibility over his past actions catch up with him, it soon becomes clear there are some things even this master escapologist cannot get away from…

The Immaculate Abortion of Dina Leigh

The Truth makes liars of us all. The Truth will kill you, or get you killed. It’ll steal your marriage and your daughter’s love. The Truth will get you shot and left for dead in the desert…

So when a woman tells you she woke up in a bathtub full of blood and ice with stitches in her belly that she can’t explain, you’ll know it’s the Truth because nothing else smells or feels or hurts that bad – and you’ll fall for it all over again, even though you know you were lucky before and it’ll burn you even worse this time.

This, then, is the story of The Immaculate Abortion of Dina Leigh – and I’m daring you to call me a liar…

A short story centered around the early exploits of Icarus Investigator Victoria Sullivan, who was first introduced in the audio drama ‘Empire of Blood‘ and voiced by Fiona Paul.(Full Synopsis coming soon)