I am very pleased to announce that the third draft of Forgotten Warriors is now complete. It has been a long time coming and a serious amount of early morning work, including a few 3am starts but all of that has been worth it to get to this stage.

Well essentially all the heavy lifting on the novel is done and what happens now is a lot of proof reading to fix any grammar and puntuation errors. Test readers will also be getting their hands on the manuscript to feedback to me so I can make any edits or fix any continuity errors in the novel.

What can you tell us about Forgotten Warriors?

Hmm not much without spoiling a load of juicy plot points but I will give it a try. The story starts three years after the events of Forgotten Warriors, with a lot of the characters in very different places to where we left them. I did use the ‘Forgotten Warriors’ title as an inspiration to shift the focus from the main characters from the first novel onto some of the ‘sidekicks’ characters like Kathryn Monroe, Eve Appleton, Vincent Marconi and of course Steph Connisbee, who takes centre stage on the cover.

Of course no good pulp adventure is complete without some villains and it’s safe to say that after what happened at at the end of the first novel that the Book of Cademus cult are after a little payback. If I could have got away with it I would have called this novel ‘The Book of Cademus Strikes back!’ as I think it pretty much sums up the vibe for this story.

There is also a lot of crossover in this novel in terms of the audio and comic spin offs. As always you do not need to have read the comic or listen to the audio before reading the novel as the story works independent of them but there’s a lot of fun to be had if you do. Over the coming weeks and months I will talk a lot more about that process.

Although Forgotten Warriors is a darker tale than Fallen Heroes it is still packed with a shed load of action, twists and cliffhangers.

When can we expect Forgotten Warriors?

Fingers crossed the book will be out summer 2014. There’s a synopsis below the cover but do not read if you have not yet read Fallen Heroes. 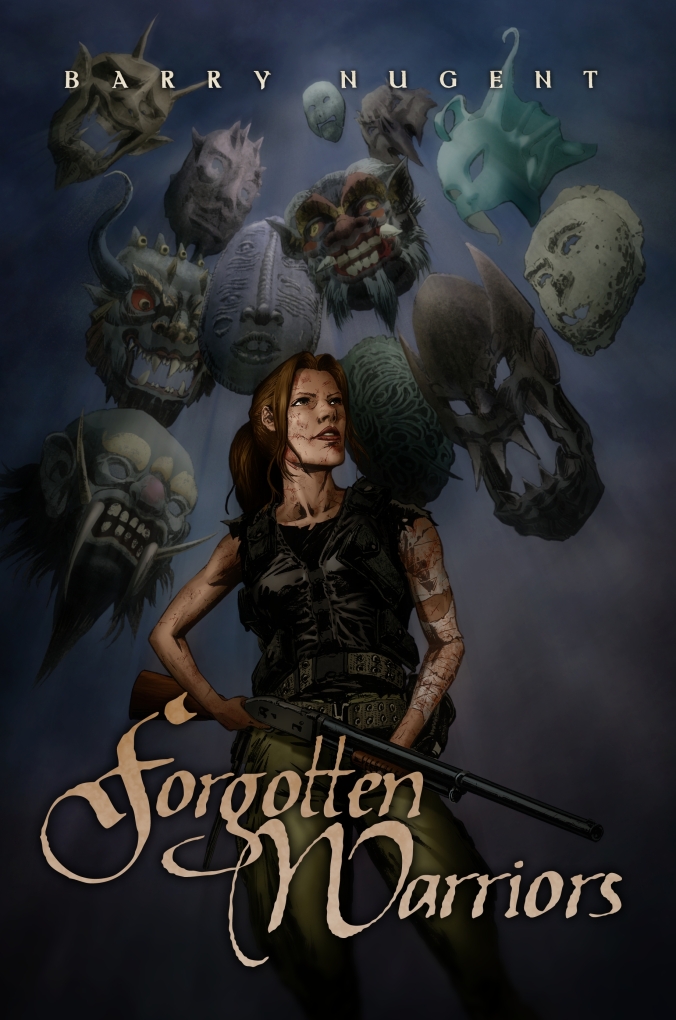 WE ARE THE FORGOTTEN

Since their defeat at Cademus Castle The Cabal, the leaders of the Book of Cademus have been scouring the earth for the clues they believe will lead them to the source of Oliver Cademus’ incredible power. The Cabal seek to follow in their leader’s footsteps and harness this dark and destructive power for themselves.

The Icarus Foundation, unaware of the danger, has allowed itself to become locked in a political power struggle. The United Nations, now fully aware of the Foundation’s clandestine activities, believes Icarus are too dangerous to be left unchecked.

With the Icarus Foundations’s focus turned elsewhere the burden falls on a few scarred survivors to stand against the Book of Cademus once more.

With lies, betrayal and murder shadowing their every move they must fight to stay alive and uncover the answer to one question which threatens to shatter the world. Who are the Forgotten Warriors?

YOU HAVE BEEN CHOSEN