So hot on the heels of the ‘Stolen’, the team working on the six page short story Fight or Flight have now wrapped up work on the project. The comic will form one of the  stories in the Tales of the Forgotten anthology which is coming soon.

This was a really interesting project for me to oversee as it introduces Victoria Sullivan, an Icarus investigator that was never in Fallen Heroes and was developed by Alan White and myself  for the audio drama Empire of Blood. There was just something about Victoria and her portrayal by Fiona Paul in the audio drama that made me want to do more with the character. So after chatting with Corey Brotherson about the project we decided upon  kind of origin story for Victoria. The story also showcases a few characters who work at the Icarus Foundation within the EIU (Esoteric Investigations Unit) and who you will see more of in Forgotten Warriors the follow-up novel to Fallen Heroes.

It’s fairly safe to say that Victoria will be showing up again in the world of Unseen Shadows.

Again big thanks to Corey Brotherson, Paul Mclaren and Jorge Oliveira for putting together this brilliant little slice of Victoria’s past. Here’s a look a the first three pages of the six page story. 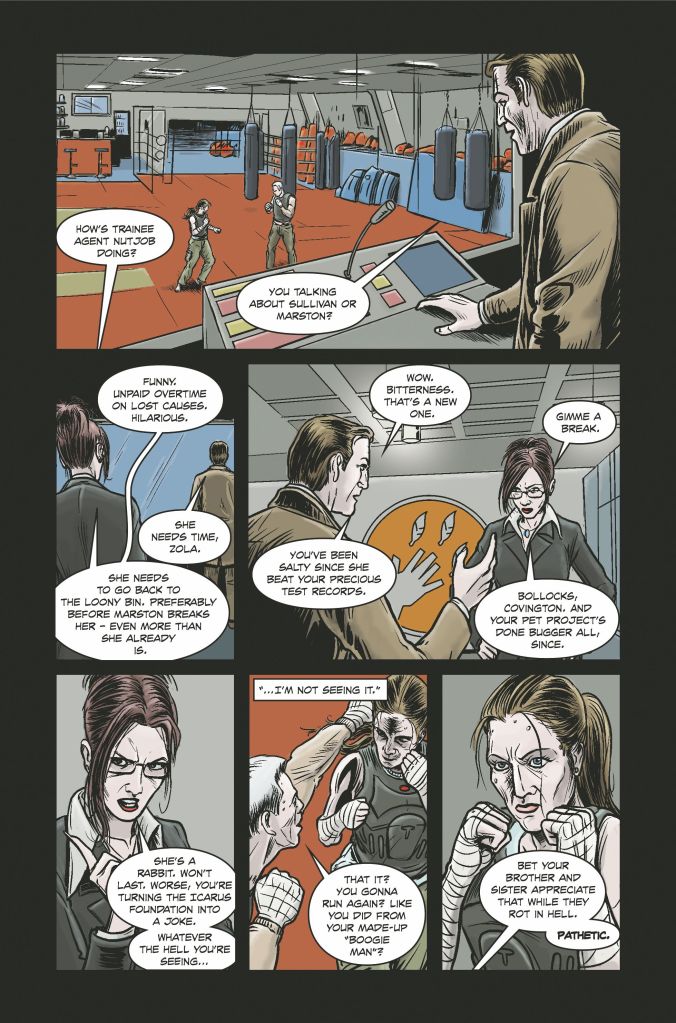