THE CHIMERA FACTOR WILL BE UNLEASHED

When it comes to saving the world sometimes your worst enemy is your best ally.

The Chimera Factor from writer Richmond Clements, artist PL Woods and letterer Paul Mclaren is the fourteenth title from the Unseen Shadows Universe. The graphic novel will launch at the Thought Bubble Comic Festival 2017

Three organisations vying for control.
Two women with nothing to lose.
One relic of immeasurable power.
Winner takes all.

When a crashed World War II plane is discovered in the Antarctic a United Nations covert unit, led by Major Stephanie Connisbee, is sent to investigate.

Unbeknownst to Steph another team, headed up by ruthless adventuress, Victoria Sullivan has also been dispatched to the crash site.

Beneath the snow and ice Steph and Victoria discover a relic of mass destruction that should have stayed buried.

Now the two mismatched warriors must work together to stop a shadowy organisation from using the relic to plunge the world into chaos.

There’s just one problem; Steph and Victoria want each other dead and the relic for themselves.

Saving the world has never been messier.

Pre-order your copy of The Chimera Factor to collect at  the Thought Bubble Comic Festival for £9.99

To pre-order your copy of The Chimera Factor for £9.99 for International Delivery send an email to barry@unseenshadows.com to let us know where you are in the world so we can work out the P &P

Did someone say a free comic?

As a special deal for all you lovely pre-order folks anyone who pre-orders a copy of The Chimera Factor will receive a digital copy of Operation Solomon comic. 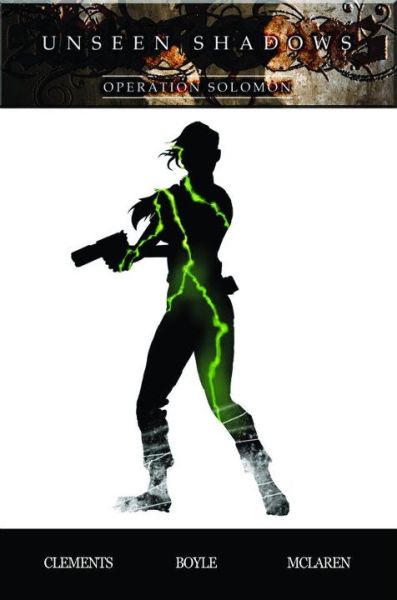